I'm finally getting around to posting some pictures, hopefully ya'll forgive me.

For me one of the highlights of the weekend were sights like this: 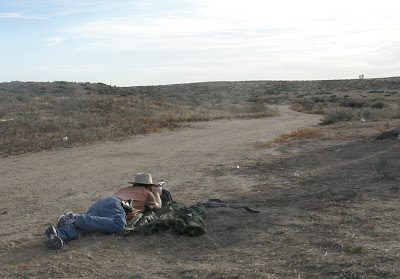 Being in the company of shooters who even attempt a five hundred yard shot with a revolver, let alone get hits called (and yes, I do believe they hit the target, even if they didn't punch holes in it... it's metal, it's a long-ass shot, and they were shooting with pistols, fer gawd's sake) is enough to humble just about everybody. Except them, of course.

I think this may have been mom's favorite view of the weekend: 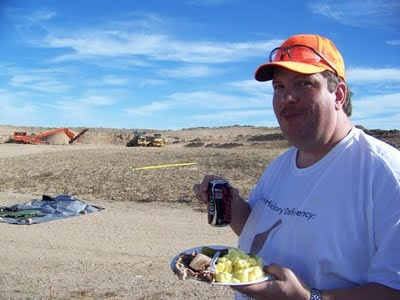 Folks enjoying her food always makes her happy. I also had to include it because, well, everyone has been picking on AD and this is one of the nicer photos. He's such a good sport about photos, and frankly manages to make so many hilarious photo ops, that he makes it pretty easy to pick on him. But we love you, AD. Really we do. 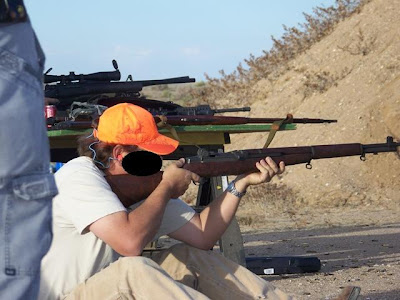 Farmdad got some shooting done with guns as well as the camera, which is good, because otherwise he'd whine.

I got some shooty action too: 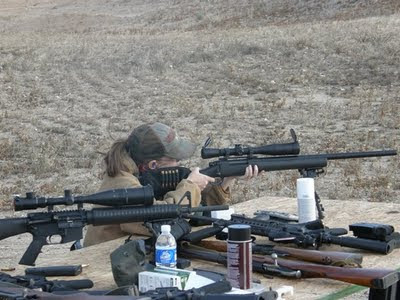 Love. That. Rifle. Seriously, I want to ask NFO if I can be in his will just for that rifle. Sooo sweet.

Speaking of shooty goodness, this guy has always been one of my favorite people: 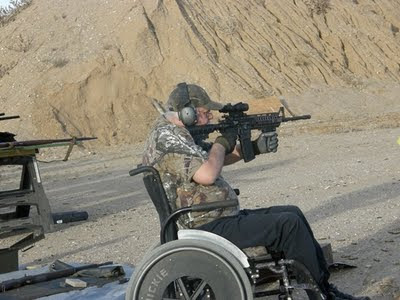 Not only is he a great person, and an absolute sweetheart, but he ain't skeerd of nothin, and definitely lives life to the fullest. I wasn't a bit surprised at his ringing the gong offhand with this rifle, although he impressed several of our visitors.

It was a fantastic weekend and we're definitely looking forward to next year!
Posted by FarmGirl at 11:31 AM

That looks like a lot of fun. We've hosted the HighRoad Colorado get together for the last five years, and while it's a lot of work, the fun and camaraderie make it all worth it.

BTW, I found your blog when JPG announced to THR staff that he was going to your Blogorado. After reading some of the blogs of folks I've talked to or met, I was finally inspired to start my own.

Good pics and good fun, and good food. What more can you ask? :-)

I sure wish I'd have found your blog sooner; looks like you throw the sort of shindig that's just my style! LOL

Guns, horses, food, fun... no better way to spend time in my book!