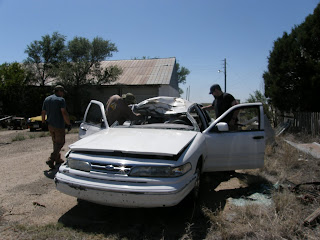 This weekend was a fun and crazy couple of days. Friends showed up to work on the car that Farmgirl hit the elk with.

We started out with the sawzall and that should give you the first clue on how this rebuild went. 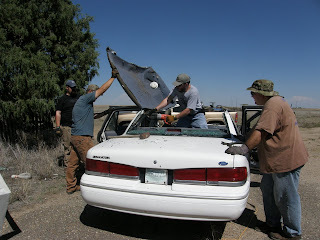 The top did finally come off though. 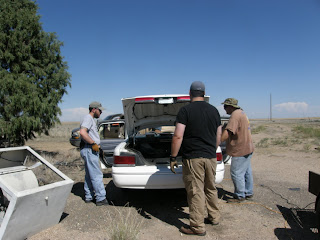 Next was wondering if they could get more ammo in the trunk with the lid on or off. Then the back seat had to come out because really it was just too nasty to clean up. With the back seat out there were lots of loose hanging wires so you can guess what happened there. SOMEONE whom I will not identify decided to get rid of said dangley wires and proceeded to do so.

It was getting a little warm out so we decided to take a break and run it over to the range for a premature victory lap. Until it wouldn't start. Eventually the wire for the fuel pump was located and repaired. 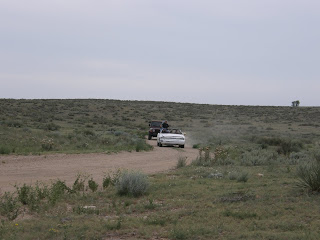 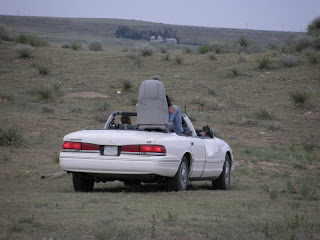 And his Royal Highness was transported on his throne to the range to turn money into smoke and noise. 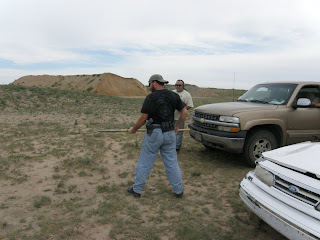 The hand cannon that Speer built was just flat AWESOME! 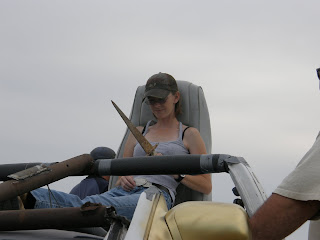 And Princess Farmgirl sits her throne thinking of mayhem .

These pics are just the beginning of what was actually accomplished on the car but the rest will have to wait for later. Much fun and laughter was had and I'm looking forward to more in a couple months.

Posted by Farmmom at 7:01 PM 10 comments: Links to this post