I would write a real post but things are hectic and nothing entertaining is really happening.

We're working cows this weekend, and Sparky is coming along, so there should be a post in that, at least...

And, I was going to use the video from the show as filler, but I'm still trying to hog-wrestle it into submission. Stupid software.

So, in lieu of actual content, I give you pictures from the show. These were taken by Farmdad, so enjoy.


This one is just a good one of Monkey. Bad one of me, but a good one of him. Please, no criticism on my seat here folks, I know it's wrong, but I was nursing some lovely bruises and a bruised tailbone that day. I was just trying not to seize up, start crying, and slide out of my saddle to the ground every time I bumped my butt. 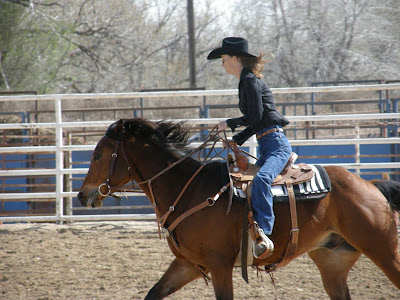 This one shows his big ol' long stride. This is his "collected" canter, folks. He's bred for reaching out there and eating up the ground, and he can do it for hours. 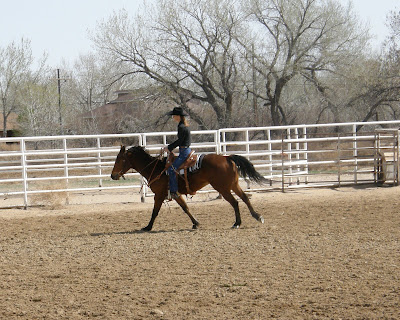 This is Red, the miniature wonder, and Sparky. He looks a lot better with someone on his back than he does without them, which should tell you just how ugly he is without a rider. But Sparky has made excellent progress with him the last three months, and I'm proud of how well he's doing now. 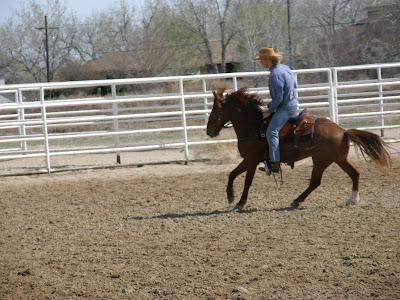 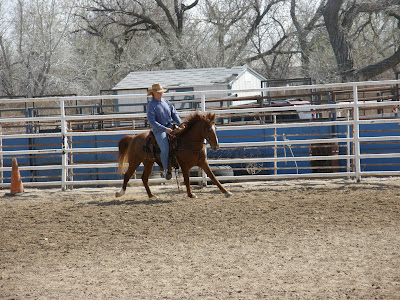 And here we have E and Etta. She's so small she makes E look like the Jolly Green Giant. But she's gonna make a hell of a horse, I think. 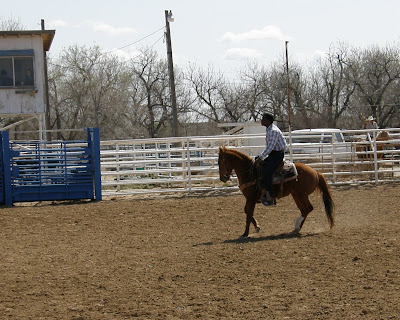 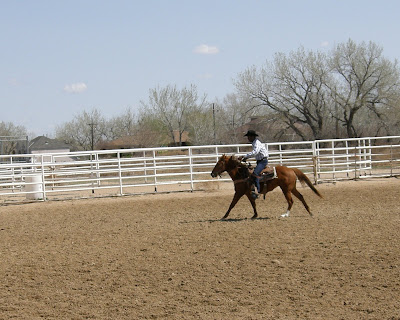 Below are a couple of just good pics. The first, the young man in the green shirt is the guy who won the HTM portion of the show, and the handmade saddle, the second is just a gorgeous pic of one of the colts. The horse in the second pic is named "Baby," and is beautiful, but dumb as a brick, alas. 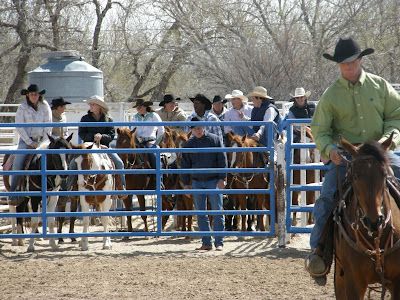 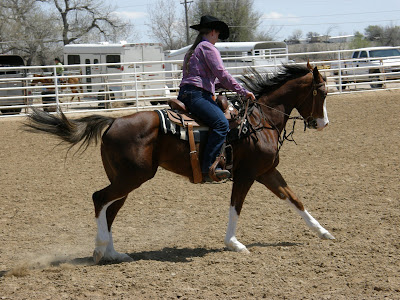